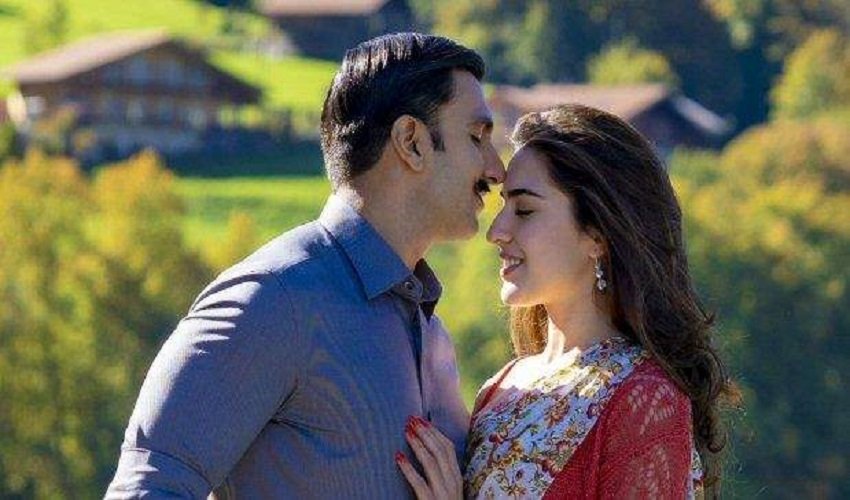 Simmba Tere Bin romantic song – We can’t seem to get enough of Sara Ali Khan. After her captivating performance in Kedarnath, fans were treated with hip disco number Aankh Marey, the first song from her upcoming film Simmba which dropped on the web six days ago and was an instant hit among the fans. 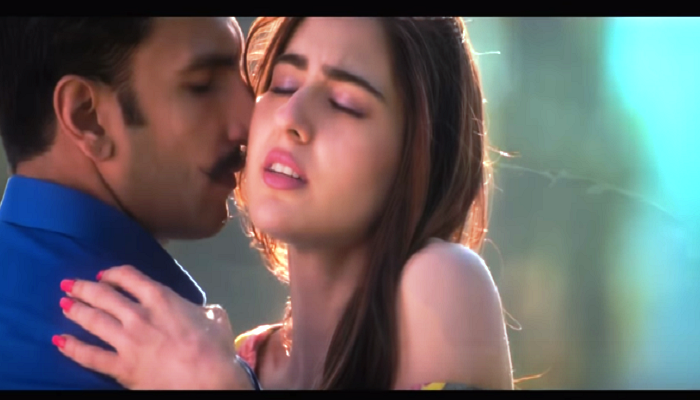 Ranveer and Sara’s mesmerizing screen-presence and chemistry were appreciated by one and all. Now, as the makers of Simmba were preparing to release the second song of the film – Tere Bin, a romantic number between the two actors shot in the beautiful landscapes of Switzerland.

However, a number of leaked pictures from the song Tere Bin have made their way to the web and fans can’t keep calm on how good the stills look. Ranveer and Sara Ali Khan look resplendent with the Swiss landscapes in the background.