Sapna Choudhary dance video: The Anarkali of Haryana Sapna Choudhary set the Kolkata stage on fire with her sexy and sultry dance moves. The stunning lady in an event held in Kolkata was seen wearing a red-green-colored lehenga choli as she danced on her chartbuster song Chori Tu Seh Badi Bindass. 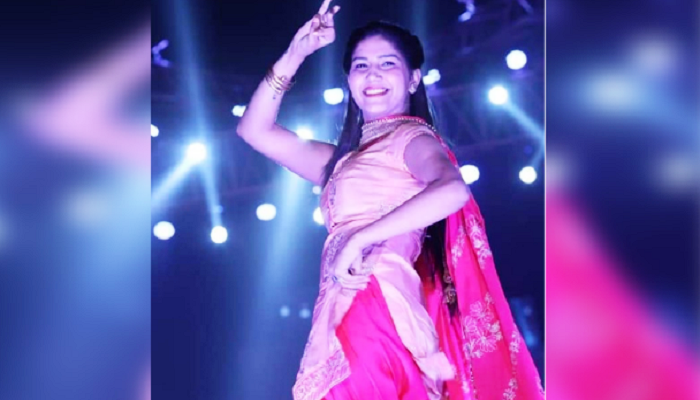 Sapna Choudhary’s sexy dance video Youtube: The Anarkali of Haryana never misses a chance of making her fans go gaga with her sexy dance moves and sizzling photos. The gorgeous lady who is all set to make her Bollywood debut with the upcoming Hindi project Dosti Ke Side Effects was recently spotted having fun with her huge fan following in West Bengal.
In a total Indian attire, Sapna Choudhary set the Internet on fire with a sultry dance on her famous song Chori Tu Seh Badi Bindass. The video from her Kolkata show was shared by her fan page on Instagram. The fan who himself or herself has a following of over 53.6k followers on the photo-sharing app, took to the handle to share the clip in which the lady is seen wearing a red and green colored lehenga choli. Not just one, her fan shared a series of videos and photos of Sapna Choudhary in which she is seen flaunting as always sexy and sultry dance moves.

On the work front, Sapna Choudhary who is the heart and soul of Haryana will be seen in the Haryanvi movie Chachi Ram Ram which will also star her mother Neelam Choudhary. She is also likely to release the second version of her chartbuster song Mera Chand in the coming months. (Source-NewsX)(#sapnachaudhary #sapnachoudhary #sapna #haryanvi #biggboss #jaatland#gujjar #deepakthakur #RomilChoudhary#Shreesanth #arshikhan #shilpashinde#hinakhan #priyanksharma #luvtyagi)

READ  Everyone to buy Diyas & Rangoli from street vendors!
Prev post Phir Mulaaqat Video Song from 'Cheat India' OUT Now!
Next post Aaya Re Thackeray-Title song of the film